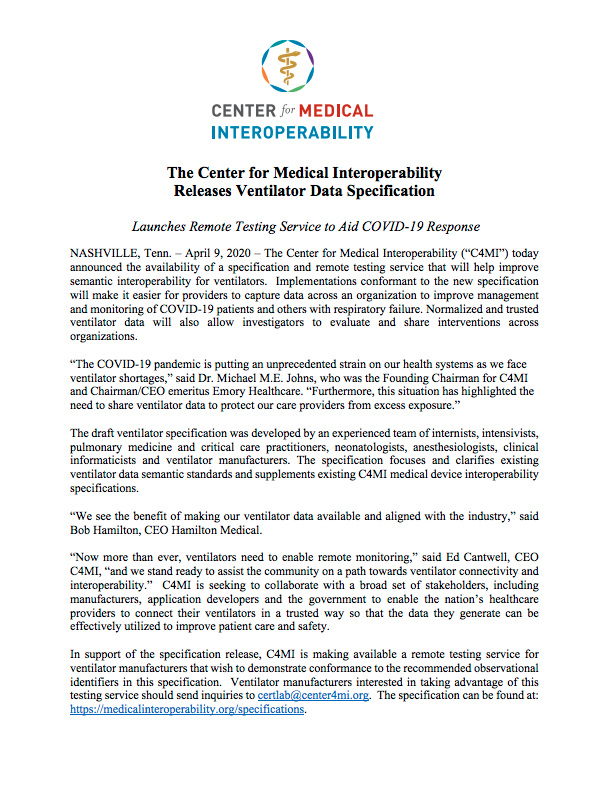 The Center for Medical Interoperability
Read the Article » 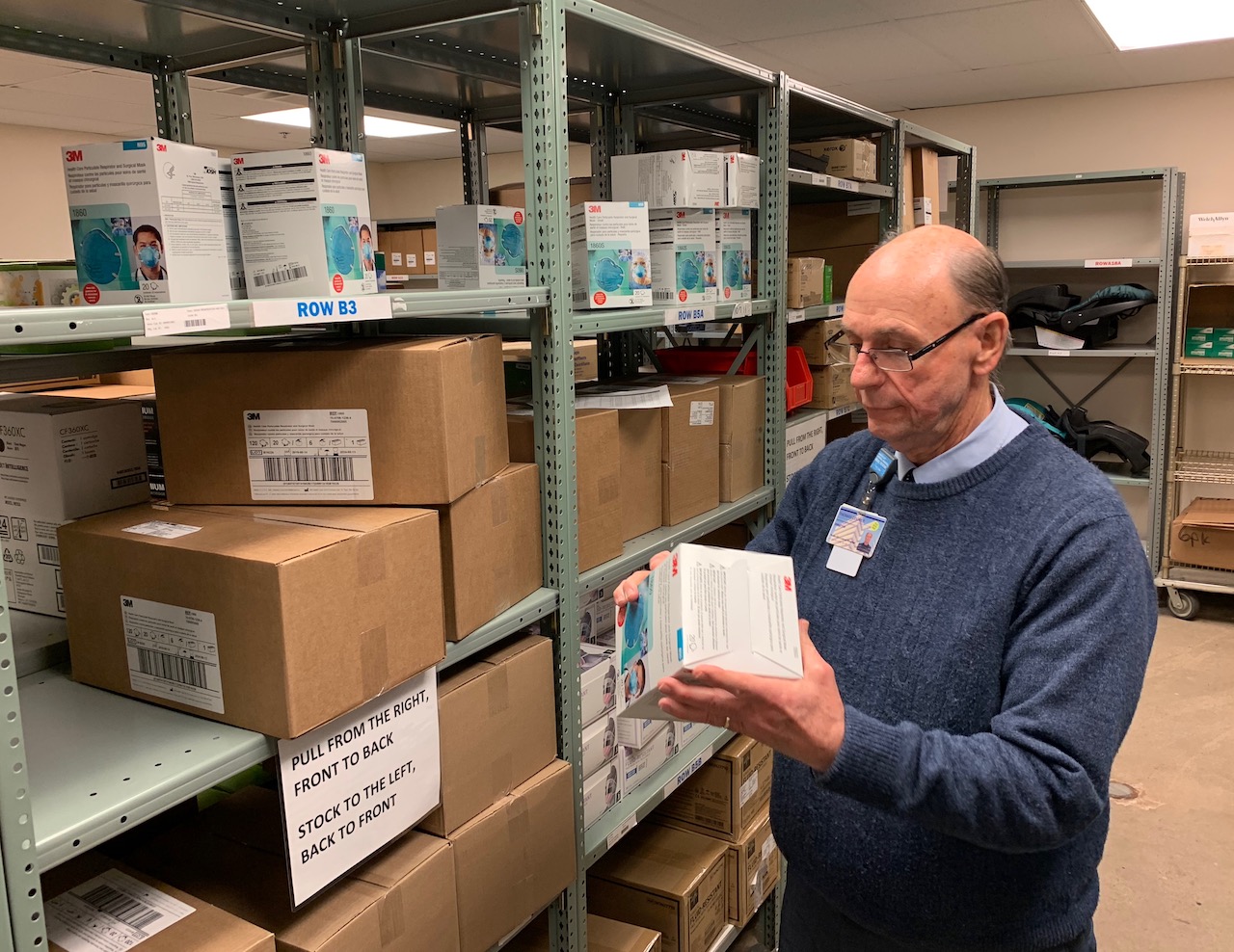 by Blake Farmer
Read the Article » 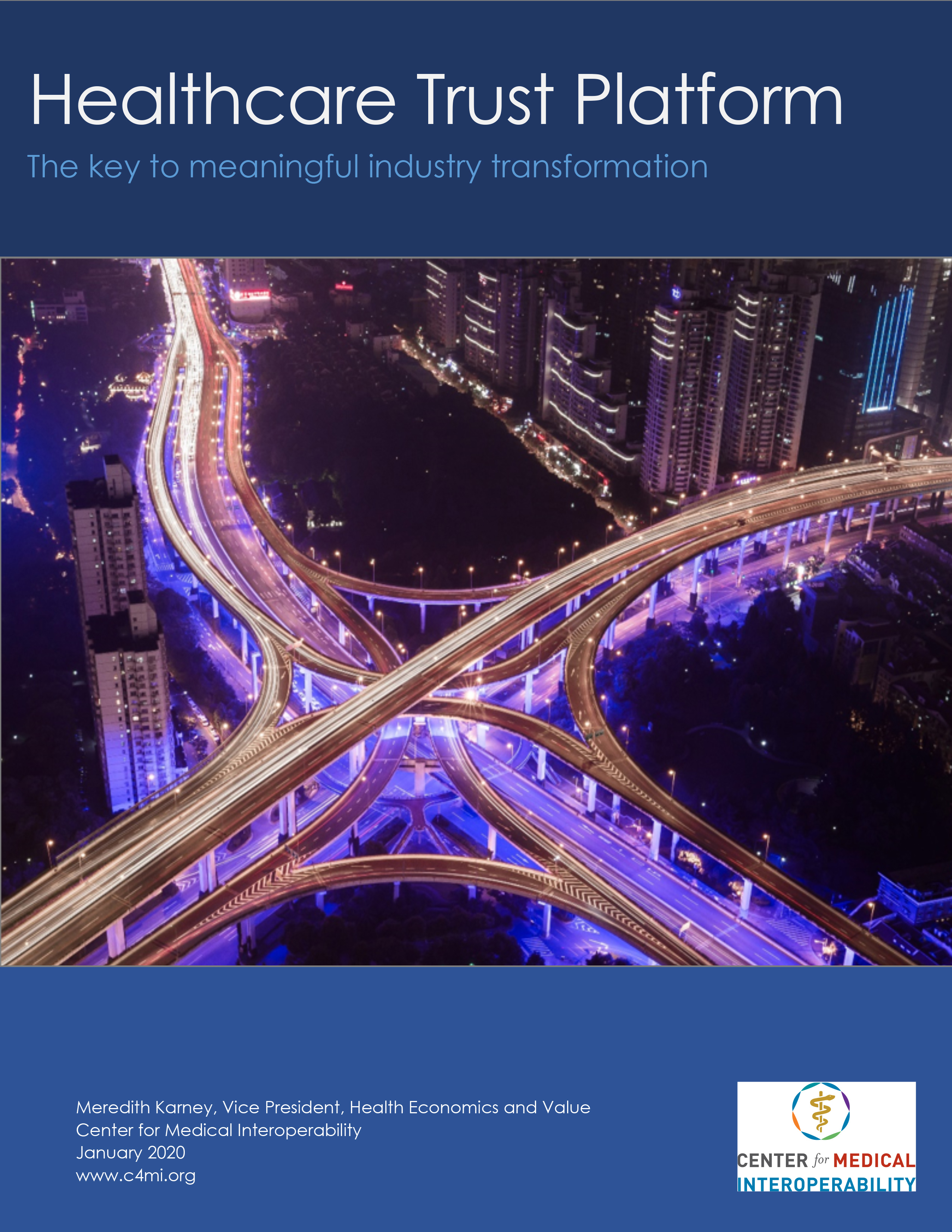 by Meredith Karney
Read the Article »

Nashville Post: The Center for Medical Interoperability is moving closer to setting standards that will drive innovation

Nashville Business Journal offers a virtual tour of our headquarters

Via Nashville Business Journal » When looking for technological advancements, few look to the former USSR, but one of Nashville’s health care leaders did exactly that when searching for a way to solve what is one of the industry’s biggest problems: interoperability. Ed Cantwell, CEO of the Center for Medical Interoperability, recently visited Estonia to […]

Via Nashville Medical News » In April, the Center for Medical Interoperability opened its new Nashville headquarters and a one-of-a-kind testing and certification lab in the oneC1TY development off of Charlotte Pike. The new facility’s striking interior was designed around the theme of “Follow the Flow of Data.” The center is a 501(c)(3) cooperative research and development […]

Via EHR Intelligence » Healthcare organizations and health IT developers have cemented their commitment to achieving true interoperability through multi-stakeholder initiatives in 2017. Healthcare interoperability has been a priority for vendors and providers since the advent of health data exchange. Timely access to accurate health information regardless of health IT system or location improves provider […]

The long and winding road to patient data interoperability

Via Modern Healthcare » Most of the time when Dr. James Tcheng gets a new patient from outside of Duke Health, he starts with a bundle of paper. After his secretary receives a patient’s records—either directly from another doctor’s office or after a request is faxed—and opens them, Tcheng goes through the information, with a […]

With revenue up, Cerner remains unaffected by ACA uncertainty

Can Nashville’s health care leaders solve one of the industry’s biggest challenges? They better

Via Nashville Business Journal » If you’re thinking about the future of health care, you should be mindful of Steve Jobs. Whether that comes in the form of optimism or wariness depends on your perspective. For Charlie Martin, a veteran hospital company CEO and the head of investment firm Martin Ventures, Jobs’ innovative ability is emblematic of […]

Health Care of the Future: Interoperability

Via HCA Today Blog » Today I had the honor of delivering the keynote speech at the Nashville Business Journal’s Health Care of the Future event at the Music City Center. It was a challenge to tackle this vast subject in just 15 minutes. Following is the text of my speech, which focuses on three […]

Via HealthcareInformatics.com » The Center for Medical Interoperability officially opened its headquarters this week and launched a testing and certification laboratory with the aim of improving patient safety and care. The center is a 501(c)(3) cooperative research and development lab founded by health systems to simplify and advance data sharing among medical technologies and systems. The center’s […]

Nashville’s health care moonshot is ready for its moment

Via Nashville Business Journal » He’s got the hospitals on his side. He’s been courting the vendors. Now he’s ready to see what they can do together. “He” is Ed Cantwell, CEO of the Center for Medical Interoperability, a new Nashville-based nonprofit that has brought together some of the industry’s biggest power players to improve the […]

Lab dedicated to breaking down data barriers that prevent doctors from having quick, complete access to patient information   Nashville, TN (April 6, 2017) – The Center for Medical Interoperability (“The Center”) has opened its headquarters and launched a one-of-a-kind testing and certification laboratory that will improve patient safety and care. The Center is dedicated […]

Via Health Data Management » Nashville is home to a new 16,000-square-foot Center for Medical Interoperability that will be focused on simplifying and advancing health data sharing across technologies and systems. Thursday is the grand opening of the center, which is a membership-based organization that includes what is described as the first-of-its-kind testing and certification laboratory […]

A millionaire’s mission: Stop hospitals from killing their patients by medical error

Via Fox News » IRVINE, Calif. — Joe Kiani likes to point out that the most worn spot on most medical monitoring devices is the mute button. He’s out to change that — and, he hopes, to stop the epidemic of preventable hospital death that kills tens of thousands of Americans each year. It’s not […]

Via Nashville Medical News » View the 2017 edition of InCharge Healthcare » As our healthcare delivery system continues to evolve and transform, there is an increasing focus on communication, connection and engagement at every point along the continuum of care. Certainly, the top executives featured on this year’s cover represent not only excellence in […]

Via ICT Today » Several current trends give cause to rethink the design of wireless systems in medical buildings. Increasingly, patients are bringing in their connected smart devices and expecting the hospital to provide wireless internet services for free. Studies conducted over the last six years show that guest traffic in these facilities has risen […]

Via Nashville Post » Disruptive database technology could be industry savior Beyond the country music tropes and Bible Belt platitudes, Nashville should be best known for its place in the health care industry. Headquartered in the city are 16 publicly traded health care companies with a combined $73 billion in global revenue, according to an […]

Via Businesswire » NASHVILLE, Tenn.–(BUSINESS WIRE)–With cyber security breaches becoming an ever-growing issue for health care companies, the Nashville Health Care Council welcomed a panel of experts to discuss strategies for preventing such attacks. Though data invasions can be disastrous for health care organizations, the industry has so far struggled to put processes into place […]

Via Nashville Post >> A local health industry group aiming to overhaul how medical technologies talk to each other has named a new CEO. The Nashville-based Center for Medical Interoperability has announced the promotion of Ed Cantwell (pictured) to chief executive officer. Involved since the center’s founding, Cantwell previously served as its executive director. Prior […]

Nashville, TN (October 27, 2016) – The Center for Medical Interoperability, an organization of health systems dedicated to improving health care by advancing the seamless flow of information among medical technologies, is pleased to announce the promotion of Ed Cantwell to Chief Executive Officer. Involved since the Center’s founding, Cantwell previously served as its […]

Via Healthcare IT News » The Office of the National Coordinator for Health IT has put out new guidance for choosing EHRs and understanding the fine print of vendor contracts. The EHR contract guide – subtitle: Selecting Wisely, Negotiating Terms, and Understanding the Fine Print – aims to help providers that are purchasing new systems better understand […]

The Center for Medical Interoperability introduced a new maturity model and HIMSS publicly commented that focusing on technical interoperability is not enough in the industry-wide move toward value-based care and alternative payment models. The rule on the Medicare Access and CHIP Reauthorization Act of 2015 (MACRA) will be released early this fall. But even before […]

From the Editor: How Nashville will save health care

HCA Holdings Inc. and Community Health Systems Inc. control a large chunk of the nation’s hospital beds. That gives them significant power to change the health care industry. So when the two Middle Tennessee hospital giants — and rivals — come together on something, the industry takes notice.   That’s why a new nonprofit group […]

The tech doesn’t talk: Nashville needs to fix it

Two hundred thousand people die every year because of a failure to communicate. A trillion dollars is wasted every year. That’s how health care experts set the stage when they talk about one of the biggest concerns facing the industry today: a lack of interoperability. Yes, it’s a big word. And it’s one that means […]